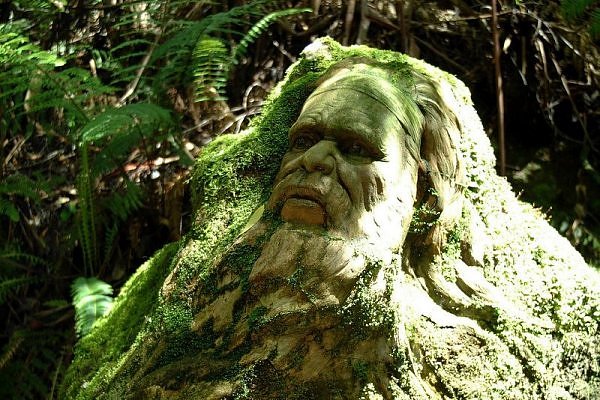 The Chinese drank tea from sweet wormwood leaves to cure chills and fevers, Egyptians used a herb from a plant called khella to help pass kidney stones, and all around the world, leeches were placed on sores to stop blood from clotting.

While these traditional methods of treatment are well known natural cures, Australian bush medicine, much like the bush itself, has been very much a mystery…until now. “A lot of information is lost,” says Dr Evelin Tiralongo a pharmacist and expert in complementary medicine from Griffith University in Queensland. “[In Aboriginal culture], nothing is written down; instead, it’s passed on through singing and dancing ceremonies, which are becoming increasingly rare.”

According to Evelin most Aboriginal medical treatments were derived from food. “A big part of maintaining their health was just eating right,” she says.

When Aboriginal people did fall sick, they used plants in a variety of ways to quell their ills. Some plants, like goat’s foot, were crushed, heated and applied to the skin. Others were boiled and inhaled, and occasionally drunk. There were also saps which were directly smeared on the skin, and barks that were smoked or burned.

Professor Joanne Jamie, a medicinal chemist from Macquarie University, in Sydney has compiled a database on Aboriginal plants. Many of those plants, she found, contained anti-bacterial and anti-inflammatory compound that are known to western medicine.

“When plants are used in a customary way, there is a far greater success rate in them having biological activity,” she says. “The plants that were used by the Aborigines are very likely to be useful to us.”

Here are the 10 most common Aboriginal traditional bush medicines:

1) Tea tree oil (Melaleuca alternifolia)
Bundjalung Aboriginal people from the coast of New South Wales crushed tea-tree (or paper bark) leaves and applied the paste to wounds as well as brewing it to a kind of tea for throat ailments. In the 1920s, scientific experiments proved that the tea-tree oil’s antiseptic potency was far stronger than the commonly used antiseptic of the time. Since then, the oil has been used to treat everything from fungal infections of the toenails to acne.

2) Eucalyptus oil (Eucalyptus sp.)
Eucalyptus leaves can be infused for body pains and fevers and chills. Today the oil is used commercially in mouthwash, throat lozenges and cough suppressants.

3) Billy goat plum/Kakadu plum (Terminalia ferdinandiana)
The world’s richest source of Vitamin C is found in this native fruit from the woodlands of the Northern Territory and Western Australia. The plum has 50 times the Vitamin C of oranges, and was a major source of food for tribes in the areas where it grows.

4) Desert mushrooms (Pycnoporus sp.)
Some Aboriginal people suck on the bright orange desert mushroom to cure a sore mouth or lips. It has been known to be a kind of natural teething ring, and is also useful for babies with oral thrush.

5) Emu bush (Eremophila sp.)
Concoctions of emu bush leaves were used by Northern Territory Aboriginal tribes to wash sores and cuts; occasionally it was gargled. In the last decade, leaves from the plant were found to have the same strength as some established antibiotics. South Australian scientists want to use the plant for sterilising implants, such as artificial hips.

6) Witchetty grub (Endoxyla leucomochla)
Witchetty grubs – also a good source of bush tucker – were crushed into a paste, placed on burns and covered with a bandage to seal and soothe the skin by some people in Central Australia.

7) Snake vine (Tinospora smilacina)
Communities in Central Australia used to crush sections of the vine to treat headaches, rhumatoid arthritis and other inflammatory-related ailments. The sap and leaves were sometimes used to treat sores and wounds.

8) Sandpaper Fig (Ficus opposita) and Stinking Passion Flower (Passiflora foetida)
The combination the two plants were used in northern coastal communities to relieve itching. The rough leaves of the sandpaper fig were crushed and soaked in water, the rubbed on the itch until it bled. The pulped fruit of the stinking passion flower was then smeared on to the affected area. Sandpaper fig leaves have also been used to treat fungal skin infections such as ringworm, sometimes in combination with the milky sap.

9) Kangaroo apple (Solanum laciniatum and Solanum aviculare)
The fruit was used as a poultice on swollen joints. The plant contains a steroid which is important to the production of cortisone.

10) Goat’s foot (Ipomoea pes-caprae)
For pain relief from sting ray and stone fish stings, mobs from northern Australia and parts of New South Wales, crushed and heated the leaves of the plant, then applied them directly to the skin. Goat’s foot is common near sandy shorelines across Australia.

Thanks to Australian Geographic