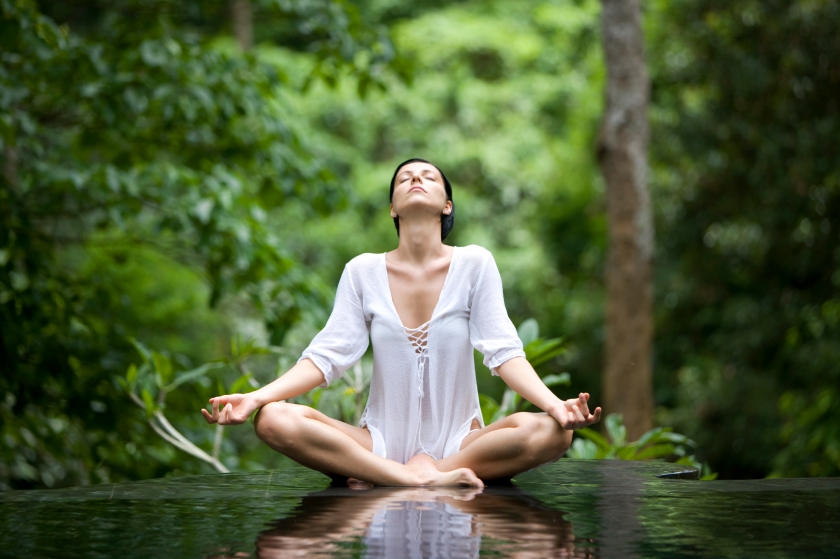 Mind-body-spirit medicine is another name for holistic health therapy treatments because they aim to treat the mind, body and spirit of the patient. They are called mind-body-spirit therapies because the spiritual dimension is integral to the healing.

They are known as holistic because they treat the whole patient, rather than solely concentrating on the specific symptom or symptoms being presented.

Treating the symptom, rather than the whole patient as a person, is a relatively modern healthcare technique. It was brought in by Hippocrates who, in the 5th century BC, separated the teaching of the healing from where it originally sat, holistically, with the other sciences and arts of the day, including natural philosophy.

From then on, doctors began to be trained to only accept that which could be discerned materially — in other words, that which they could observe through the five primary human senses. That is why physicians today take the Hippocratic Oath, to agree that they will be bound by those principles. But judging by the length of today’s hospital waiting lists, it has achieved a relatively minimal success rate.

Our earlier ancestors took a much more holistic view of health, and practised mind-body-spirit medicine. To them, it would have been unthinkable not to involve the spirits in the healing, and to call on them for guidance. Archaeologists and anthropologists are increasingly of the view that the ancients used what we now call ‘shamanic practises’ to contact the spirits. In other words, they achieved a direct interface with the spirits by going into trance and gaining guidance and information from them that way.

The furthest back we can go in the historical record is to the ancient Egyptian Imhotep. According to Sir William Osler, Imhotep was the real Father of Medicine (2980 BC) – about 4,000 years ago.

“The first figure of a physician to stand out clearly from the mists of antiquity,” he says, “Imhotep diagnosed and treated over 200 diseases: 15 diseases of the abdomen, 29 of the eyes, 11 of the bladder, 10 of the rectum, and 18 of the skin, hair, nails and tongue. Imhotep treated gout, tuberculosis, appendicitis, gallstones, and arthritis.”

Dated to around the same time, we have the Indian Sanskrit Atharva-veda texts which were written on palm leaves. It is from the Atharva-veda that Ayurvedic medicine gets its name. Within the Ayurvedic system, the spirits or gods are contacted and included in the healing. The writers of the Vedic texts said that everything they wrote was given to them by spirits. Today, we might call this ‘channelling’.

The ancient Egyptians would introduce neophyte healers to the spirits within inductions or initiations known as the Mystery teachings. The Mystery schools or groves were prevalent in many of the countries surrounding the Mediterranean from about 4,000 years ago. Pythagorus and Plato were thought to be initiates of these schools.

But after Alexander the Great conquered Egypt in 332 BC, a different view of science was beginning to predominate and, as the Greeks imposed much of their own culture on that of the Egyptians, eventually, the name of Imhotep was replaced by their own much more materially-minded Hippocrates.

It took a further 1,800 years before a medieval alchemist and physican, Theophrastus Paracelsus, rediscovered the more holistic practises of Imhotep, in his travels through Asia and the Middle East, and brought them back to Europe. However, he was widely ridiculed by his peers and the Hippocratic regime continued unabated. So it wasn’t until the 1960s, when an influx of Eastern teachings began to enter the continent through young people visiting India and the Far East, that mind-body-spirit medicine started to become widely known about again, and holistic health practises began to spring up in the West.

At first, it was just mainly massage-related therapy centres that started to appear, such as those devoted to Aromatherapy, Ayurvedic Massage and Thai Massage. All of these therapies aim to treat the whole person and thus, deal with any underlying issues which may be causing problems. For instance, when massage is carried out by someone trained in holistic principles, it can also free up stuck emotional issues that the body is hanging on to, and this can help lead to spiritual growth in the recipient as they learn to let go of all that which no longer supports their life journey.

Acupuncture, Acupressure and Chinese Herbal Medicine are just a few of many Far Eastern therapies which soon became popular, especially in larger cities which had their own Chinese and Japanese populations that wanted healthcare techniques that they were familiar with.

Eventually, other therapies which had been developed early in the early 1900s, and considered then to be ‘crank’, slowly gained recognition from this new and more cognitively-open audience.

For instance, one of those is Craniosacral Therapy, which is based upon the movement of the craniosacral flow within the body and this flow is determined by factors which are physical, mental, emotional and spiritual.

There are also several therapies which take into account the mind and how it relates to the nervous system, such as Neurolinguistic Programming, Neurofeedback Therapy and Neuro-Emotional Technique.

In fact, nowadays, as we discovered when putting together The Therapy Book, there are hundreds of different mind-body-spirit medicines and, in fact, we created this website to make it easier to find the right one for you.