The harmful effects of tobacco smoke on atherosclerosis ~ or ‘furring of the arteries’ ~ which is one of the main causes of heart disease, is greater in women than in men.  This is the conclusion reached after a large European epidemiological study funded by EU.

In the study, authors examined 1694 men and 1893 women from Finland, Sweden, Netherlands, France and Italy, and used ultrasound technology to assess the presence of wall thickening and plaques in the carotids, the arteries that bring blood to the brain.

The research shows that the of amount tobacco exposure during the entire life significantly correlates with the thickness of carotid arterial walls (an index of atherosclerosis) in both genders. However, the impact is more than doubled in women than in men.

Similarly, the effect of the number of cigarettes smoked each day on the progression of the disease over time is more than five-fold in women than in men. These associations are independent from other factors that may affect atherosclerosis, such as age, blood pressure, cholesterol level, obesity and social class.

So it is imperative that women find a way to stop smoking where at all possible, and one health therapy which gets very good results with helping people to renounce cigarettes is hypnotherapy.

Hypnotherapy is a technique whereby the patient/client is put into a hypnotised state for the purpose of helping them with a number of conditions.

The word ‘hypnosis’ comes from the Greek word ‘hypnos’ which means ‘sleep’, and the modern-day technique was first developed by a Scottish physician, James Braid, in the 1840s. There is, however, reference to ‘sleep temples’ used in ancient times by the Egyptians, Greeks and Romans who used these places for healing, and it is believed that they used trance-like rituals in these temples.

James Braid though, re-examined earlier work of Franz Anton Mesmer, who, during the 18th century, introduced the idea of ‘animal magnetism’, believing that mankind was influenced by the magnetic fields generated by the planets. When Mesmer realised that he could put people into a trance-like state, he believed that he too must be magnetic and his ideas became quite popular. Braid, however, suggested that a trance-like state could be induced simply by the power of suggestion.

Hypnotherapy is considered to be both an orthodox and an alternative form of medicine depending on what is being treated with it. It has been a recognised form of therapy since the 1890s when the British Medical Association commissioned an evaluation into its effectiveness for treating certain conditions.

Hypnotherapy is described by the Hypnotherapy Association as a “natural state of heightened awareness, where you are able to open your mind to beneficial suggestions and where you can make use of your imagination to help make positive changes in your life”.

This means that you are more open to the power of suggestion and are using your mind to control what your body feels and how your body reacts to stimuli. In this way, hypnotherapy can be used for a huge variety of reasons.

The possibilities for use with hypnotherapy are almost endless, and there are various differing forms of hypnosis. These include ‘visualisation’ where you are told to imagine a certain outcome, which is said to make it more likely to happen; ‘guided imagery’ (see the guided imagery entry); ‘direct suggestion’ e.g. ‘you feel safe’, or ‘indirect suggestion’; or ‘post-hypnotic suggestion’ when you are given a suggestion to carry out after the hypnosis has ended.

But ancedotally, with regard to results in getting people to give up smoking, hypnotherapy has been very successful. 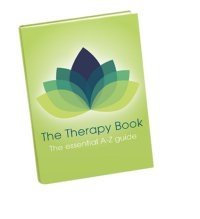