I’ve a lower front tooth that has been eroding for some time – probably more than decade – and it was gradually turning into a stump. It was eroding not because I wasn’t taking enough calcium but because the calcium couldn’t be transported to where it was needed, and so it was just silting up parts of my body where it had no business to be and at the same time, it was lacking where it was needed –  in other words, in my teeth and bones.

The calcium-starved tooth in question had worn down so much that it was less than half the length of the teeth surrounding it. But after a couple of months of eating meat and dairy from grass-fed or pasture-raised animals. it started to grow again and now it’s nearly as tall as its neighbours.

The reason for this new growth is vitamin K2 –  which I first wrote about in the  article Are Vegans More Spiritual or Closer to God? Vitamin K2 is produced in the stomach of grass-fed animals by a process of fermentation. So ordinary supermarket meat and dairy products – which are largely from animals fed on GM-corn and other cereals – is not a good source of vitamin K2.

I also get vitamin K2 – not to mention lots of wonderful minerals,  trace elements, collagen and bone marrow – from my own homemade bone broth.

The first bone broth I made was with beef marrow bones. On drinking it for the first time, it gave me such an instant hit of wellbeing – my body felt so pleased with me! – that it made me wonder why we give all our best foods to our dogs and not to ourselves as well.  I now drink it everyday.

Here are three very short videos from my own YouTube channel, Annie’s Kitchen, showing how to make organic pork scratching and beef marrow bone broth in an electric slow cooker in which it simmers for between 24-48 hours.

I’m very pleased with my oval-shaped electric slow cooker. It doesn’t dominate the whole hob, and I can set it on Low and leave it overnight, or for 48 hours. I can even go out and forgot about it and it will just happily bubble away.  It is the VonShef and I got it from Amazon UK for £21.99 which I thought was quite reasonable.

If you’re in the US, Amazon there also has a good slow cooker which is comparable in price and quality called the Hamilton Beach 33660. 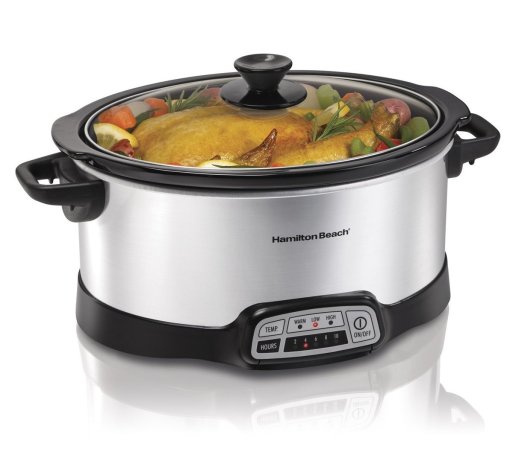 I really urge you to find your local grass-fed meat and dairy supplier and start to get vitamin K2 again for the health of your own teeth and bones. Even if you don’t fancy bone broth, at least source your meat and/or dairy products from grass-fed suppliers. Your body will so thank you for it! You won’t find organic grass-fed produce in the supermarket because 95 per cent of their meat and dairy comes from animals that have been fed on cereals and soya that is genetically-modified.

If you get our app, Shop GMO-Free in the UK, you can find local grass-fed meat and dairy suppliers near you.