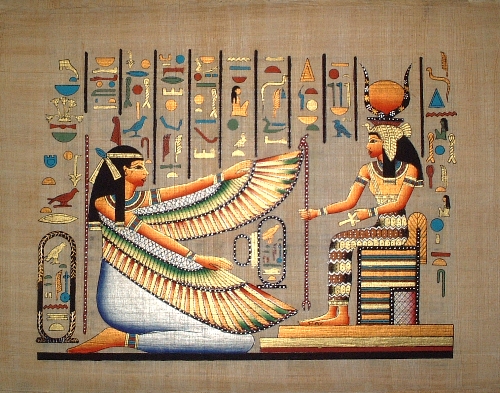 The last hours of an 84-year-old man, dying from cancer, which was televised last May, caused much controversy. Unlike in the East, we’ve managed to sanitise death. Wandering around India, one soon comes across death red in tooth and claw, with bodies in Bombay left mouldering in the streets, or being burned on funeral pyres.

Here in the West, though, we hide death away behind gravestone faces, hushed whispers and the closed doors of coldly tiled mortuaries and crematoriums. Any interest in the dead body, unless you’re a close relative, is labelled as ‘ghoulish’.

The government-run health services are all about treating death as the enemy, to be conquered at all costs. Cancer care means being poisoned to the point of your quality of life hitting ground zero. Doctors care more about keeping people alive than helping them to heal into a more holistic way of life … and death, which is naturally part of the cycle of life. Any mention of the “Grim Reaper” is kept to a minimum.

Our ancient ancestors, though, were a little more savvy in this respect. Death was celebrated and honoured as part of life, and tribes were led by shamans that would act as psychopomps ~ that is, they would carry the souls of the deceased through to the next destination in the otherworlds.

We see prescriptive instructions for this practice in the Coming Forth Into Day texts and paintings on the tomb walls of the ancient Egyptians, like the one above of the Judgement Hall of Maat, and also instructions to be read over the dying body in the Tibetan Book of the Dead. In fact, shamanic healers still perform this service today.

But whether or not one believes in any kind of afterlife, being open about the death process is surely a healthier and more grown-up response to what will be an inevitable life stage for all of us. After all, as the wag once said, nobody gets out of here alive.

The programme’s presenter Michael Mosley told the Radio Times it was important not to “shy away from talking about death and, when it’s warranted, showing it”.

“There is a case to be made for filming a peaceful, natural death,” he added.

“I know that there are those who feel that showing a human death on television is wrong, whatever the circumstances,” he said.

Programme makers approached a number of hospices and cancer charities to find someone who was willing to be filmed in their dying moments.

When Gerald was approached about being filmed in November last year, he said he agreed because he hoped it would help others.