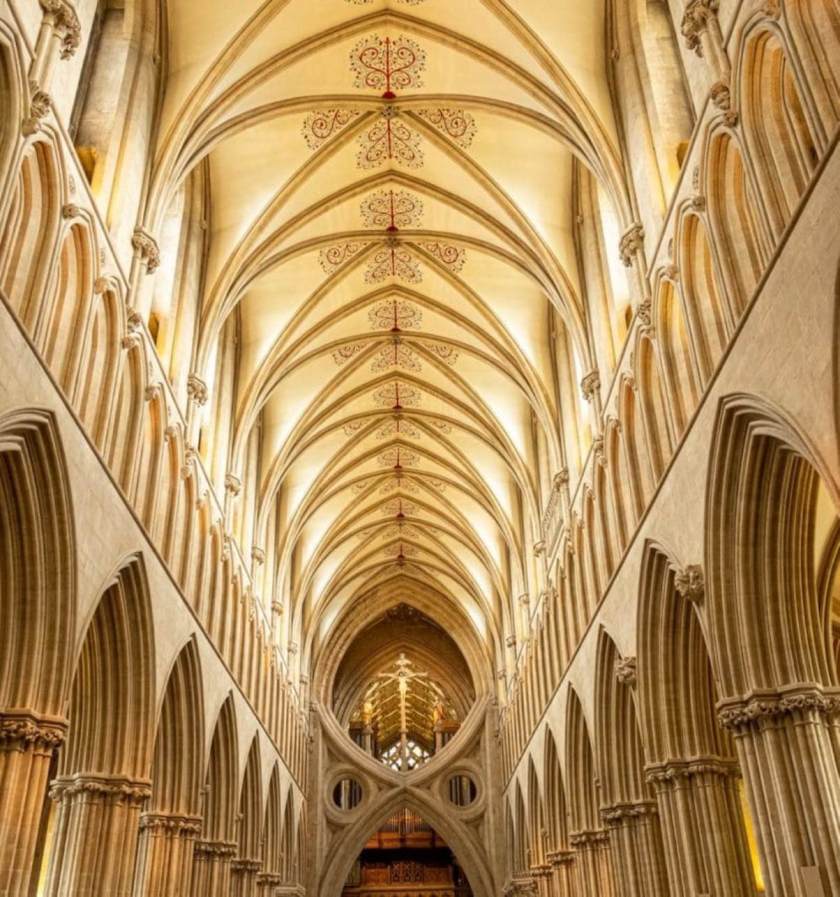 There is a very good reason for the Chinese persecution of the Muslim Uighers and the Chi Gong practitioners, and for why they burn down the Christian churches. The Chinese Communist Party may be evil but they are not stupid. They know the power of spirituality and prayer is far stronger and more powerful than that of the State and in that, they are right.

Where they are going wrong however – and one hesitates to correct the enemy when he’s making a mistake – is that the power of prayer is not dependent on any collective activity en masse. One sincere prayer from one person anywhere can move a mountain – or rather, get a mountain moved for you.

Right now, we need several mountains moved for us. In fact, I think it’s a whole mountain range. And so I am praying regularly not just to ask for what we need to thrive as a free people, but also for psychological protection from being exposed to so many awful and shocking revelations on what’s becoming an almost daily basis.

I don’t just ask for myself. Here’s a little trick that most don’t know about praying. The more people you pray for, the stronger the force is that responds to you. I receive soothing and blissful healing that way, and the strength and courage to carry on. I feel heard and held.

You don’t have to be religious to pray; it is just helpful for those who need to be given a godhead to pray to, such as Jehovah, or Jesus, or Mohammed, or Krishna, or Buddha. But the overlighting powers of the unseen forces come by many names – too many to list here. Thus no one religion or spiritual path has a monopoly on the gods and they include our ancestors, so I regularly have a chat with my dear old Mum who passed over four years ago.

You might have to put up with people thinking you’re mad. But I’d rather be considered mad and be receiving these blessings and guidance than be considered sane and yet be all alone in the wilderness.

The Who, the How and the Where

If you’re not sure who to pray to, or how or where, then I think that’s a good place to start. It means your mind is not addled with old nursery tales about who or what God is. You are in the Never Never Land of Don’t Know, which I always think is an excellent place to set off from, to discover the truth.

This path, and the challenges you will meet along it, are yours to discover, because they were written in the stars at the time of your birth. It’s your own personal hero’s (or heroine’s) journey, so it’s nothing to do with me how you proceed.

But I am going to give you here a couple of quick hacks for making your prayers effective, because once you set out, I promise, you are going to need to know how to pray.

If you haven’t been practicing any religion for a long while, you may not know who to pray to. In that case, can I suggest you that you contact a much-loved ancestor? If you’re a shaman, you can get back a long way, and even find ancestors from before the Stone Age. But if you’re not expert at using shamanic journeying techniques, a relative who has recently passed on is connected to the same DNA stream and they will hear you and respond.

If you imagine a cameo picture of them in your heart, I find it helps. Many don’t realise that the human heart – by which I mean the organ not the chakra – is a portal to the unseen forces of the other worlds.

It’s all about making a connection through a long-established portal, and the key to opening the door to that portal is gratitude.

You may feel that right now you don’t have much to be grateful for. But I find that counting your blessings is a little bit going out to pick mushrooms at dawn. At first, you can’t see any. But once you find one, then dozens of them seem to miraculously appear.

So you can breathe thanks into your heart for the roof over your head, or for the delicious meal you’ve just eaten. You can give thanks for your supportive friends, or for the good health of your family members.These are very simple blessings that we take for granted most of the time.

But in the Never Never Land, you cannot take anything for granted, and so hold on to your hat! Once the key of your gratitude unlocks the doors of perception, you will be flooded with grace.

We’ve discussed the ‘why’, the ‘who’ and the ‘how’ of praying. And so now I want to talk about the ‘where’.

It is quite true that you can pray anywhere and be heard … even on the loo! At the same time, our medieval ancestors built incredibly technologically advanced transponders which amplify our voices to set up very powerful resonances between us and the unseen forces of the other worlds.

They used a Pythagorean kind of mathematics which we call today ‘sacred geometry’ to build architecture that some visionaries have described as ‘frozen music’.

.In other words, the mathematics of music is based on cosmological principles that you can apply to all sorts of basic materials for this purpose, although I’m told limestone and sandstone work best.We find mention of this mathematics in the Bible’s Book of Wisdom, addressed to God.

“But you have disposed all things by measure and number and weight.”

Ancient temples were planned and constructed according to the “measure, number and weight” of primordial vibrations and frequencies and for this reason they are also sometimes dubbed “symphonies in stone”.

It is clear that the ancient Indian composers of the Vedas practised these same arts because we can see those identical mathematical principles at work in their fire altars, constructed thousands of years before Christianity was born. Later, many Norman churches and cathedrals were built on designs based on these sacred proportions, which make them cosmic transponders.

Now imagine that same principle but with the coded sound frequencies that we voice in our songs of praise and prayers winging their way ever upwards like sonar carrier pigeons. I expect that’s why so many people enjoy visiting old churches and cathedrals, even when they are not Christians. They can instinctively sense they are benefitting from the holy holographic make-up of their surroundings.

You will probably know how sound creates structures from its vibrations. This is the science of cymatics, which has found, among many other things, that when you play Handel’s Messiah to a metal plate covered in grains of sand, the grains form into a five-pointed star. And if you have read my book Stories in the Summerlands, you will know that there is a five-pointed star Earth alignment (otherwise known as a leyline) that mirrors and is activated by the Christmas constellations of the northern hemisphere.

In other words, we are connected to the unseen forces at specific, highly resonant times of the year that have been marked by religious festivals.

Most of these ‘cosmic transponders’ are built on the crosses of very powerful leylines, and Wells Cathedral is no exception. I have dowsed it myself.

We won’t be able to sing Handel’s Messiah in Wells Cathedral this Christmas, because choirs cannot meet under the regulations of the pandemic. This is highly convenient for the atheist forces and you have probably realised, from this article, why they burn down churches.

This photograph highlighting the glorious sacred architecture of Wells Cathedral illustrates the point of my article, and was taken by the excellent June Greenway.